The Home Nations was contested at Monkstone Petanque Club, Cardiff on 10 and 11 August.  The annual triples tournament pits squads of eight teams each from Scotland, England, Jersey and Wales and is one of the highlights of the petanque season for our players.

The squads travelled to Cardiff on Friday and we were able to get some practice in on the pistes in the afternoon.  With 2 contrasting surfaces, one very smooth and fast with the other rocky and unpredictable, it was sure to be a good challenge for us all.

Saturday brought very heavy rain and the morning’s play was tough going for all the players.  The rain seemed to be a leveller, with all 4 nations closely bunched at lunch.  Lunch seemed to affect the Scottish players and we lost our way a little in the afternoon.  By close of play on Saturday we had 19 wins to our name.  While we were in touch with Wales (just 3 wins adrift), Jersey and England had managed to stretch ahead a little with 27 and 28 wins respectively.  There was certainly all to play for on Sunday and we had a good opportunity to catch Wales.

Sunday was supposed to be better weather wise, and it was in the afternoon, but in the morning we had to again contest with heavy driving rain.  This time, we didn’t cope with the conditions as well as our opponents and we gradually drifted further away from the pack.  In the end, another 15 wins on Sunday brought our total to 34.  Wales were third on 46, Jersey secured second for the third year running with 51 wins and England retained the trophy once more after a strong showing on Sunday and 61 wins in total. Congratulations to them.

You can see the complete results by round here

I would like to thank Monkstone Petanque Club and the Welsh Petanque Association for a very successful competition.  We were made to feel very welcome and they looked after us well.  Special mention goes to the brave volunteers who, armed with 2lb hammers and spikes, drained the pistes between games.  They did a brilliant job to ensure we could play, when at one point it looked like the weather might get the better of us. While the players were soggy all weekend, the pistes were bone dry for the last 2 rounds.

We look forward to welcoming everyone to Troon for the 21st Home Nations in 2020.

This weekend, eight teams from Scotland will compete against squads from England, Jersey and Wales in the 2017 Home Nations at Hayling Island.  The squad is:

Good luck to all our players!

Good luck to Inverleith PC who travel this week to Draguinan, France for the EuroCup Qualifying Round which starts this Thursday. Their opponents will be the club champions from France, Latvia, Bulgaria, Ukraine, Czech Republic and Slovakia.

The top 2 teams from the round robin qualifier will play in the EuroCup Finals later in the year.

On 29th and 30th April, the Scottish Petanque Association welcomed our friends from Ireland and Wales to the 29th Celtic Challenge at Inverleith PC in Edinburgh.  Scotland fielded the top 8 teams from the 2016 Masters competition in 2 squads, A (the top 4) and B (teams 5 to 8).  Ireland and Wales each fielded 4 teams.

The next series of games finished Scotland A 13-3 Wales and Scotland B 4-12 Ireland.  With Scotland A on 27 wins going into the final round of matches, it was looking like a thumping was on the cards, but Ireland’s tails were up and the final matches would prove to be crucial.

Scotland A took the final round of matches 11-5 against Ireland, while Wales beat Scotland B 12-4.

So Scotland retained the trophy for the fourth consecutive year, matching the record previously set by Wales, and have amassed 6 wins in the last 7 years. We’ll certainly be looking to make history with 5 wins on the trot next year.

The competition’s top team was taken by Scotland 1 – Emma Montgomery, Paul Fletcher and Kevin Johnstone with 11 wins from 12. Ireland 1 – Jack Di Pizzo, Alain Robert and Stephane Voinot – were closely behind with 10 wins.

Once play had finished, the teams retreated to the Waverley Castle Hotel for the traditional prize giving.  The celebrations went on until the wee hours before we all departed for home on Monday.

The Scottish Petanque Association would like to thank all of the volunteers that helped to make the weekend such a success.  Particular thanks must go to our Vice President Shirley Legge, who took on the bulk of the behind the scenes organisation.

We look forward to seeing everyone again at the 30th Celtic Challenge in Ireland next spring.

Celtic Challenge – Results By Day And By Team

Good luck to Lynn Jenkins, Shirley Legge, Robbie Stronach and John Wilson who travel to Ghent this week for the FIPJP World Championships.  You can follow their progress here. 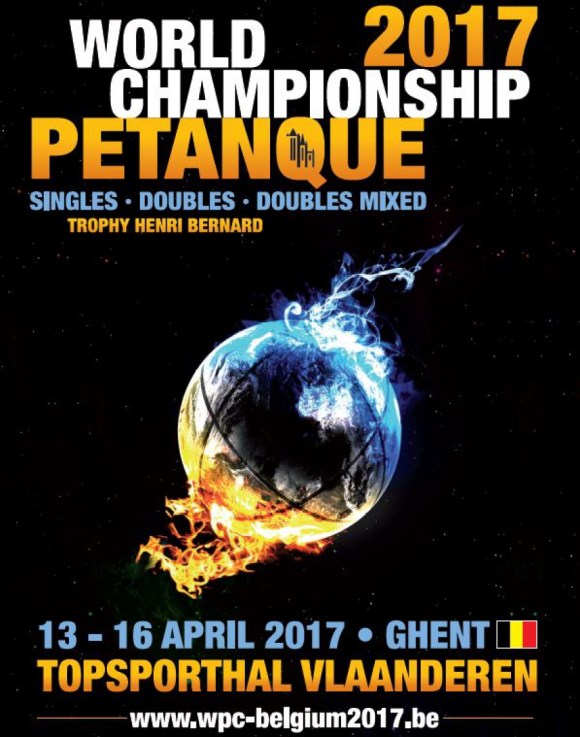 Details regarding the Celtic Challenge have now been published and can be found here.

Players are asked to note that we will be operating time limited games and should familiarise themselves with the rules we will be using (some of which are different from the timed game rules normally used in our own competitions). You can view the rules here.

We look forward to welcoming our Irish and Welsh friends to Edinburgh at the end of this month.

Inverleith PC and Fochabers PC will contest the EuroCup qualifier on 2nd April at Perth.  The winning club will represent Scotland in this year’s EuroCup, the first round of which will be played in July.

Best of luck to both sides.

We’d like to remind members that, in order to compete in SPA competitions in 2017, you will need to be in possession of a new SPA licence (the new credit card design) and this must be produced at registration for each competition.  It takes around 4 weeks from your application to receive your new licence.  With this in mind, we suggest you apply for your licence no later than Sunday 12th March to ensure you have your licence in time.

Licences can only be issued to those who are either members of a SPA affiliated club or who have paid an individual SPA membership fee.

You can apply for your licence by clicking on the link in the ‘quick links’ section to the right of this page.  Please don’t leave it too late.